The basic idea comes from the 3D GZE engine, developed by Michael BANVILLE, its engine was integrated into the SDK kernel binaries, but since it was quite heavy for the project, we decided to run it in a modular way hot, ie outside the code !

The development is progressing, and we arrive at the following result:
Cpcdos is now able to run an OpenGL 3.3 exe program with DLL, intended for Windows. 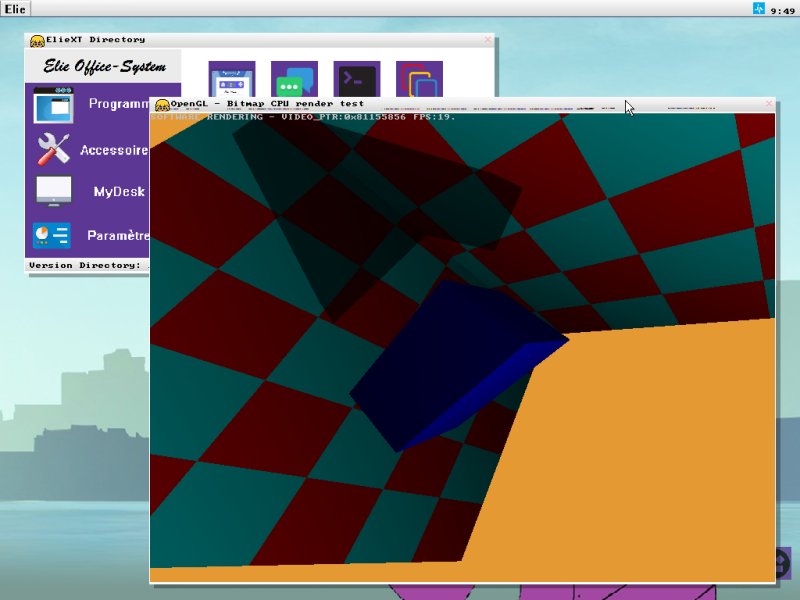 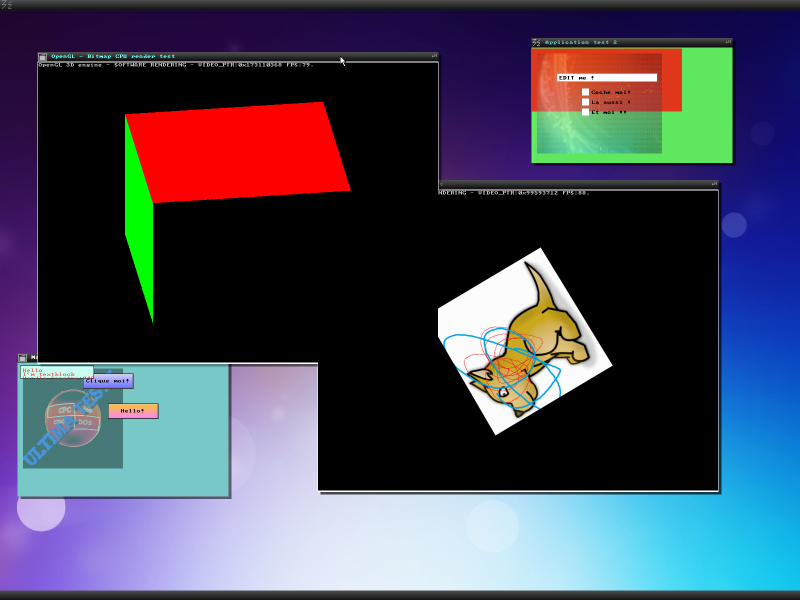 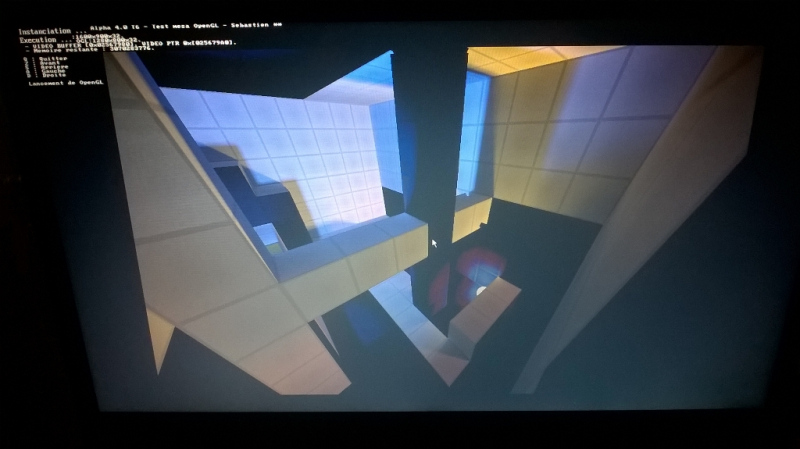 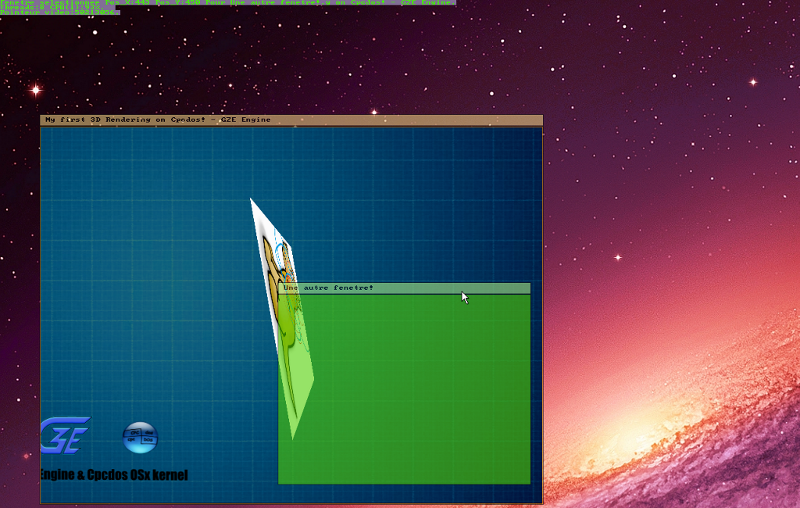 Our first rendering in 2016 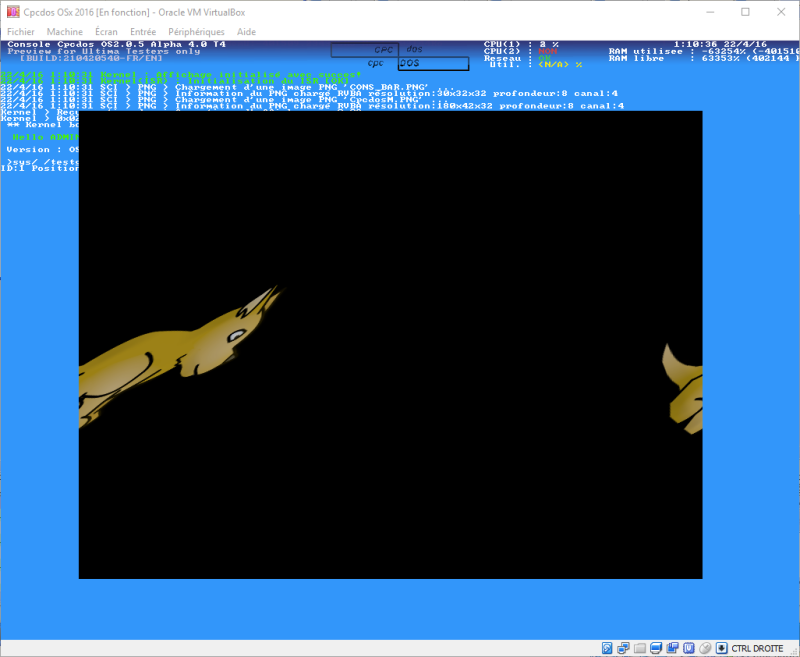 PROBLEMS
Currently, whether GZE or OpenGL, 3D rendering is done by the CPU. Cpcdos does not yet support multi-core, performances level is very problematic .
We are beetwen 60 FPS to 70 FPS with simple 800x600 and 32 bits 3d rendering. We can also launch multiple instances of 3d engines.